A few weeks ago our friend asked us if we wanted her Turkeys. Sally and Chester and their 4 recently hatched babies. We have been having such luck with our broody Silkie hen raising the chicks that we thought having Sally there to raise the baby turkeys next year would be great. The one thing We weren’t prepared for is them pooping while we were driving and it smelled so bad! Oh my goodness…even Stone was saying they smell soooo bad! 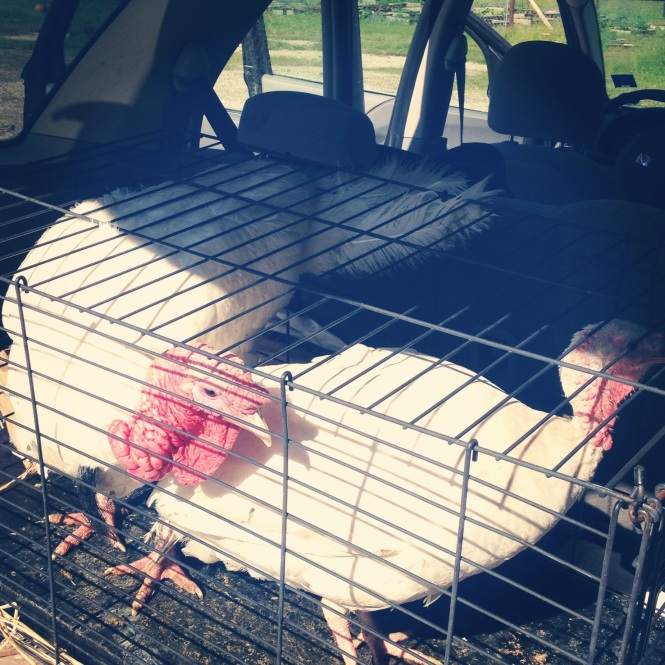 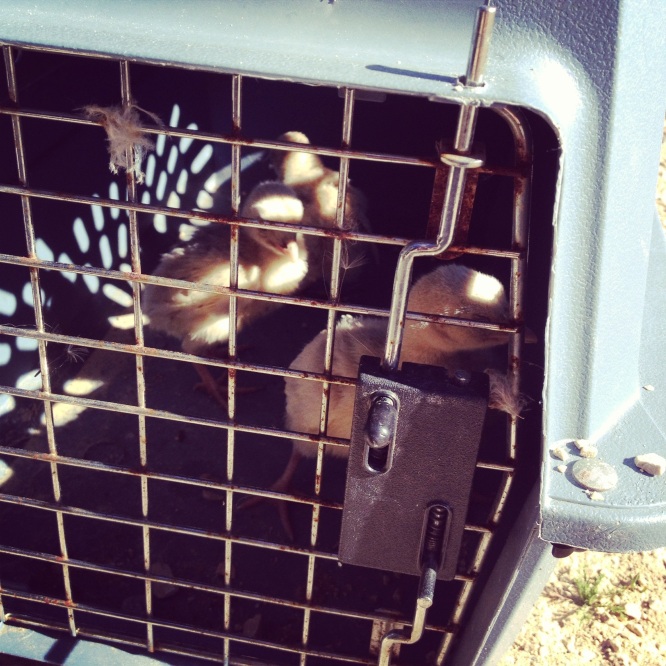 So after that hour long stink fest of a drive I made it home with two turkeys, 4 baby turkey chicks chirping and two kids screaming in the car. When we got home we had to rearrange our pullet chickens and poult turkeys so that there would be room in our turkey coop for the new guys. The chickens were finally ready to move into the chicken coop with the other chickens and hopefully the poult turkeys will get along with Chester and Sally.

Chester is such a cool bird. He’ll walk right up to you and open up his feathers and stand there while you pet him. We’re going to leave them in the turkey coop for a day or two till we can let them out so they can get used to their new home. I can’t wait to see them roaming around outside.

Things weren’t going so well the first time we checked on them, in all the confusion one of the babies must have gotten trampled by the older birds. But later on as we checked on them again Sally had her 3 remaining babies under her wings and was sitting close to the other poult turkeys. Chester was pacing back and forth protecting the whole gang like a good dad turkey.

We’ll see how everybody fared in the morning! 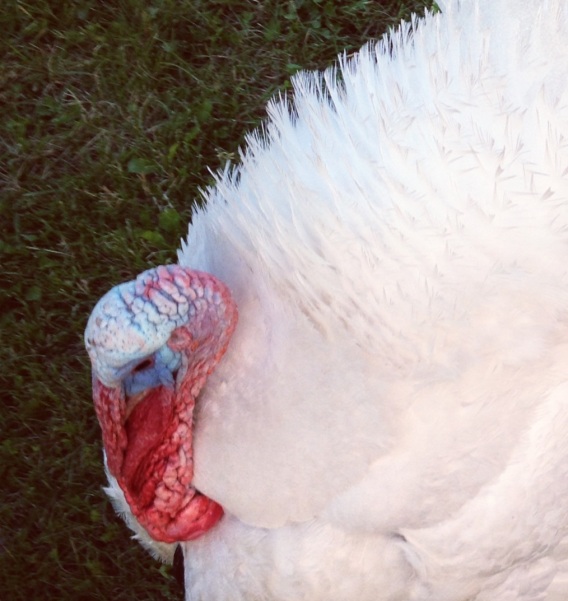